Peter Aldous visits Lowestoft station for the 175th anniversary of the railway coming to Britain’s most easterly station and to unveil an information display to commemorate the history of the Wherry Lines.

The display depicts a timeline of events since the opening of the Norwich to Lowestoft lines which originally opened on the 3rd of May 1847.

The installation was carried out by Wherry Lines Community Rail Partnership and the Lowestoft Central Project who have been working with Greater Anglia over recent years to rejuvenate and restore the station. 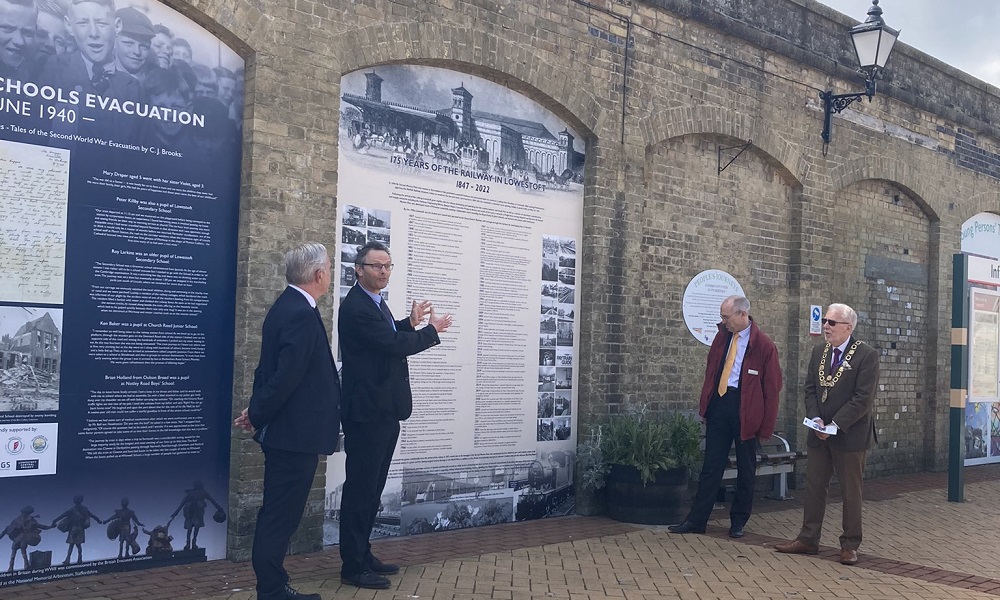