Skip to main content
A coalition of 37 organisations has today praised Waveney MP Peter Aldous for supporting a campaign to end the scandal of dangerously cold rented homes. Around 655,000 of the more than 3 million homes in England rented from a landlord or letting agency are so cold they’re officially classified a health hazard.

Peter Aldous is joining Friends of the Earth, Citizens Advice, Age UK, Macmillan Cancer Support and others2 to call for a minimum standard that, from 2016, would stop landlords re-letting the very worst homes – those that make tenants ill and cost a fortune to heat – until they’re improved to a basic level of energy efficiency.

Tenants in the coldest homes could save almost £500 a year on energy bills if their landlords brought their houses up to a basic level of heating and insulation3 – while the £145million cost to the NHS of caring for people made ill by living in these homes could be avoided4.

Speaking for the coalition, Friends of the Earth’s Warm Homes Campaigner Dave Timms said:
“It’s a scandal that hundreds of thousands of vulnerable tenants live in homes that leak heat and are impossible to keep warm.

“We’re delighted that Peter Aldous is supporting our call for a new law to ensure the coldest rented homes meet a basic level of energy efficiency from 2016.”

Jenny Holland, Head of Campaigns at the Association for the Conservation of Energy, added:
“Improving the worst rented properties is too important to be left to chance. We’re grateful to Peter Aldous for recognising that urgent action is needed to make these homes a thing of the past.”

Peter Aldous MP added:
“It’s unacceptable that anyone has to live in a rented home so cold and expensive to heat that it forces them into fuel poverty or makes them ill.

“That’s why I’ve signed a Parliamentary petition5 backing a new law to ensure that these dangerously cold rented homes are brought up to a minimum standard of energy efficiency.
“Without this, poorly insulated and inefficiently heated private rented homes will continue to cost us dearly in terms of carbon emissions, poor health, fuel poverty and high energy bills.” 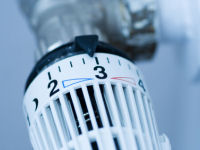