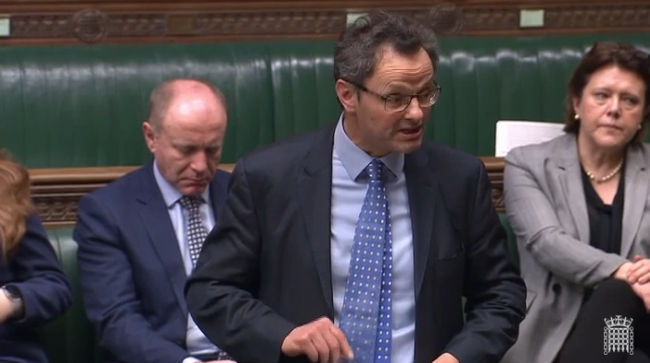 I welcome both the Bill and the Government’s vision to ensure that we have a vigorous and ambitious environmental strategy as we leave the European Union. Generally, I believe that the Bill provides the necessary framework to protect and restore our natural environment, as promised in the Conservative general election manifesto. I acknowledge the work that the Government have done, and I will highlight briefly four areas of particular importance to the people I represent in Waveney and north-east Suffolk.

The Bill will enable the development of a nature recovery network, providing over 1.25 million acres of additional wildlife habitat to protect and restore wildlife. ​Such schemes should be widely encouraged, and I pay tribute to those involved in projects locally, including Bonds meadow in Oulton Broad, an historic landscape in a now urban area run by local community group, and Carlton marshes, an exciting and ambitious project promoted by the Suffolk Wildlife Trust to create a unique Suffolk broads landscape right on the edge of Lowestoft.

The Government’s clean air strategy should help to cut air pollution and save lives, and while the commitments to tackle air pollution in the Bill are welcome, I believe that we need to go further to tackle this threat head-on. A report by the British Lung Foundation, published in October 2018, found that 2,220 GP practices and 248 hospitals across the country were in areas with average levels of fine particulate matter above the limit recommended by the World Health Organisation. From my perspective, given that that is one of the most dangerous forms of air pollution, it is a matter of serious concern that Lowestoft was included in the top 10 most polluted GP surgery locations in the country. The Government must make significant improvements in this area and introduce a legally binding commitment in the Bill to meet the WHO guideline level for fine particulate matter pollution by 2030. We must also improve the monitoring of air pollution at both national and local level, to include accessible and robust health information and alerts.

Managing water is vital, and I will briefly highlight the impact of recent storms on coastal communities, such as those in Lowestoft, Pakefield and Kessingland on the Suffolk coast. In adapting to the impact of climate change, it is important that coastal communities are not forgotten and that the risk of harm to people, the environment and the economy from coastal erosion is prioritised. It is also necessary to have in mind the importance of water to agriculture in East Anglia, for irrigating vegetable crops. I declare an interest as a partner in a family firm. It is important, as my hon. Friend the Member for Broadland (Jerome Mayhew) has highlighted, that the Government promote a collaborative approach to managing this vital resource.

Finally, it is good news that the Bill provides for the creation of the Office for Environmental Protection. It will play an important role in holding the Government to account, and it will be able to provide written advice on any proposed changes to environmental law. To maximise its impact, it will be crucial that the OEP has independence from Government and a strong enforcement capability. As the Countryside Alliance charity highlights, the upper tribunal of the OEP must be empowered to grant meaningful, dissuasive and effective remedies. Crucially, just as policies to ensure the transition to a low-carbon economy must be embedded across all Departments and layers of national and local government, so must our environmental protections pursue the same course and be subject to the same test.

In conclusion, the Government have frequently stated that as we leave the European Union our current high environmental standards will be not only upheld but enhanced. This Bill can play an important role in ensuring not only that we have a green Brexit but that we continue to forge ahead as international environmental leaders.